With the thought that has justly been given to the place occupied (or that should be occupied) in the world's financial and economic affairs by legitimate mining, there has developed a well-founded stigma upon the operations of a class of persons who have styled themselves by what was formerly considered a worthy title, that of "promoters." Since men have found that it is as possible to go into a mining deal with the same chances for success as attach to any other line of investment; since it has been proved that real, worthy mining property does not require the exertions of many middlemen to obtain capital for its development; and since it has usually turned out that these "promoters" have handed the hot end of deals to their investors, it is not to be wondered that some sort of a brand would attach itself to the men who are not in the business to benefit the industry of mining in the least, but really for the selfish gains which they can pocket at the expense of the industry.

These men are legion. The mails are laden with their seductive letters and "literature." Brokerage firms are numbered among these leeches on legitimate mining. Charlatans appear almost daily upon mining scenes. The men who engage in these deplorable practices are not from any one walk in life: they spring up from various branches of our social structure. The general public has learned that a very prominent Boston magnate will not scruple to promote a mining property even though it lacks the merit essential in attracting the conservative capitalist. Thousands of people of small means throughout the United States and Canada have been recipients of nicely worded and familiarly-addressed letters signed by the son of a famous American author. This son, himself a writer of some repute, presumed to speak to his "friends" concerning a mining property which he promoted and into which he was glad to allow them to get with him "on the ground floor." He frankly stated that he was not offering such privileges to the big capitalists. He inwardly knew that such men do not require holdings in the Cobalt or any other region. Through the splendid work carried on by the Government postal authorities many of these frauds have been exposed and the perpetrators brought to justice. In January, 1912, the above-mentioned author, together with a number of his ilk, were brought before the Federal Grand Jury, and found guilty.

It is not the men of great capital who are induced, as a rule, into the deals of the "promoter." It is usually the common people, the persons of small means who have saved up a little spare money from which they hope to realize competencies for rainy days—a class of beings inexperienced in investments—who become the dupes of the promoter.

There have been notable exceptions to the statement that capitalists do not yield to the seductions of these men, but recurrences are liable to be few. The great business man is fortified by experience against forms of treachery and he is, therefore, not so susceptible to the allurements of any "promotion," be it mining or otherwise.

If one investigates these advertised mining "promotions," he will often find that the money paid in by the small investors purchases a very small portion only of the capitalization. The men who conceived the scheme of "promoting" a concern have carefully arranged to hold a majority of the stock, so that should there, by any chance, prove to be a mine, they are the ones who will reap the greatest benefits. Further, it often transpires that the contributions of cash that purchase the small interests do not perform the function of development for which the stock was ostensibly put upon the market. Perhaps somebody has a desire to get rich quickly. The operations of such frauds are so obscured and so complex to the average individual that sufficient evidence can seldom be procured to prove any violation of law.

A witty newspaper paragrapher once remarked that out in Nevada the old adage "Death loves a shining mark" was changed to "Death loves a mining shark." It would seem, however, that if Death were to love the person bearing the odious, well-understood title of "shark" enough to claim him early, the business of mining would be materially benefited. The post-office officials of the United States are to be commended for their efforts at curbing the despicable operations of these fakirs. Occasionally the papers come out with the news that a firm's offices have been raided and their business stopped. These news items fall as awakeners upon the hundreds of gullible, middle-class persons all over the country who are known to actually force their cash remittances upon these fraudulent operators, much upon the plan of a department store's supposed bargain sale.

In spite of the "bad name" that has been attached to the persons engaged in starting up enterprises, there is a real need for more activity in the matter of inaugurating real, legitimate mining enterprises. Persons who devote their brains and energies in the direction of furthering worthy mining propositions do really "promote" the interests of such companies. What shall such persons be called if not "promoters"? There does not seem to be any other word that expresses the occupation of such persons. The real solution of this dilemma in which the honest men engaged in such work find themselves placed is to denounce, forcefully, the charlatan as being not a real promoter but a gross misrepresentation of one.

Let us, therefore, remove the odium from this title and give our approbation to those persons who are earnestly endeavoring, by honest means, to place mining enterprises upon strictly business-like footings. The mining industry needs promotion and promoters. 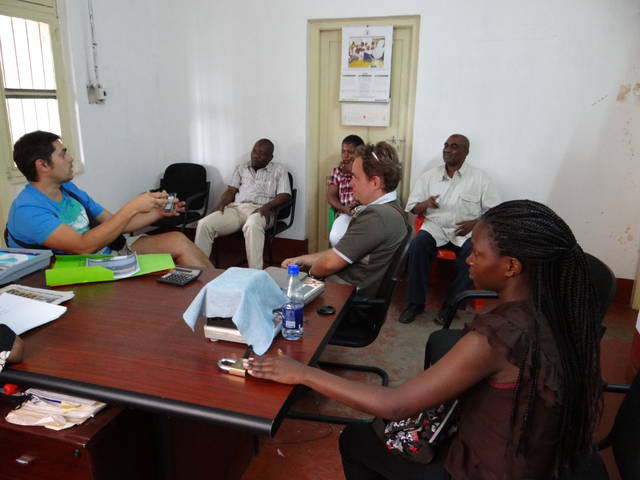