I have discovered the key to a happy and succesful life 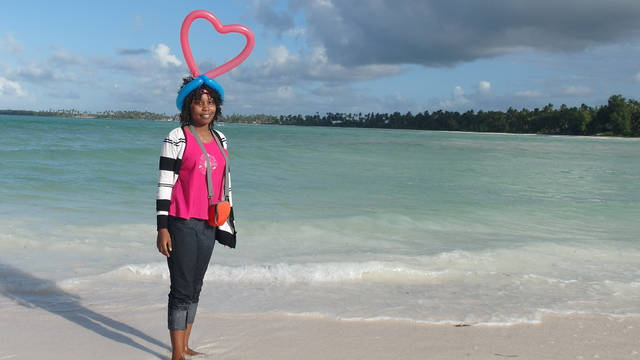 Sometimes it is hard to see the light at the end of the tunnel, but at times when you reach at the end you became surprised and you will be like: "Ooh I can see clearly".

When I was deeply in difficulties and in much stress I came across to realize that when you put faith and hope in something you wished to remember, but you found it difficult, you will surely raise a positive answer in a negative world.

Mr. Jean Louis is a business man in his early 40’s and one of the supervisors of a company known as Start Your Own Gold Mine. He has been into this business for almost five years now that was since 2012 to present. Mr. Louis’ aim is to help other people who are determined like him to be able to start their own business and companies under his supervision, consulting and management. His efficiency and intelligence in what he does made him be able to start his own company.Mr. Louis is determined to help that is why he helps willingly and in an understandable way. From what Mr. Jean has been doing in one way or the other I came to figure out that: if you are determined to do something then do it whole heartedly and have faith in what you do the results will always be clean.

Apart from being a businessman Mr. Jean Louis is also a person who is into nature, his living style is just so pleasing, from what he eats to what he does. Mr. Jean takes mostly local food and that makes him live like other normal people people with standard life. He does that to make himself strong and able to do strong activities. The best thing that makes him happier is swimming, Jean Louis likes swimming more than any other things in his hobbies. That is why even in his 40’s he is still very strong, that makes it hard to determine his age. In what he does I came to learn that it is better to fail in originality than succeed in imitation, currently nature is what we need to survive from diseases and other things. As he is a charming person despite his likes and dislikes, his behavior towards other people either business or not cannot be compared by most people now.

However in any beautiful and healthy plants weeds are always there to try destroy the beauty of the plants, at times the weeds succeed in destroying the plants but at times also the plants struggles and wins over them. This means despite the good things and positive things that Mr. Jean does, but still there are some people who are not okay with his improvements in anything he does, these are people who are envious of him and jealous towards his positive doings. These people want nothing but try to destroy what he does and try hard to make what he does seem illegal in the eyes of people and the government at large. But despite all obstacles Mr. Jean stood straight like a coconut tree and was able to overcome everything that hindered his positive activities. As we believe challenges makes a person more strong and brave Jean was to overcome all the obstacles by defending himself positively, as it is believed that silence can never betray a person. Through these obstacles they helped Mr. Jean to understand and know that; if business does not challenge a businessman then it won't change him.

It has not been long since I knew Mr. Jean but since I knew him I have seen nothing but intelligence and wisdom in him, His intelligence, desire to help willingly and the way he mingles with the local society conquers not only me but a lot who know him and accept what he does. Through him am now able to understand how to live my life, how to overcome problems and be ready for disappointments. Although it is still not as much as he does but I have seen the light through him. That happiness and a good life is brought by no one but myself depending on what I do with my life and how I mingle with the society.