My experience of fraud in Ghana

Gold is always on my mind, Its my obsession for sure.

It is 7 pm on a Tuesday evening, I am on my way back to Accra, the capital of Ghana, coming from Tarkwa in the Western Region which is arguably the largest gold producing area in Ghana right now. I didn't just make a round trip to Tarkwa, I have already been to Asiakwa, Akwatia, Kyebi, Anyinam all in the Eastern Region), Anwia Nkwanta, Manso Nkwanta, Abore, Daa Tano in the Ashanti region as well as Berekum in the Brong Ahafo region. 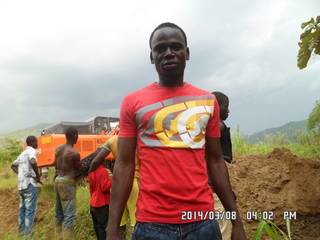 I started my journey on Friday night from Accra on a mission to collect and organise gold purchased from miners and small local buyers in their various mining towns and districts. We will be exporting gold tomorrow, Wednesday to Dubai.

Deep inside my mind, I have engaged with myself the micro details of my business and how to be the best, creating virtual scenarios and trying what solutions could there be for each and every imaginary problem I create.

There arrives another email from a LinkedIn reader I guess, asking for assistance in verifying a gold supplier with 100 kg. How on earth could such quantity be possible?

Before I forget to tell you, each person I visited to collect gold from had received full or partial pre-financing into his gold activity up to a week before I arrived to take my gold from him.

I have travelled from and back to Accra through more than 5 regions of Ghana in more than 1,200 km as a round trip and I have just a little over 23 kg with me at less than 2% discount. There is a huge competition for gold in Ghana so it never comes cheap. That is basically how you get to buy gold from Ghana for export, it takes time and effort.

The email I received suggested -10% discount on 100 kg to be delivered by the "seller"! 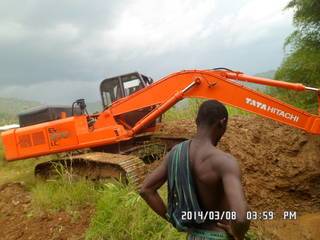 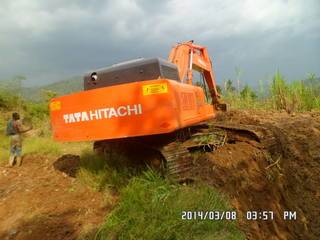 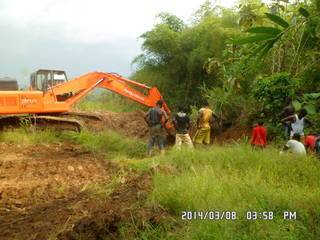 I must be either very stupid wasting time, risking my life and stressing my body, or not smart enough to find one of these "angel suppliers" and spend the rest of my time with my family, but I knew contrary to everything, that a scam was in play for this person asking for my "assistance".

The chief financier of my activity is a Dubai based gold buyer with a registered business and office in Accra, Ghana, and two of his trusted managers, all U.A.E nationals, based in the Accra office, while I was the trusted Operations and Field Manager.

I replied the inquirer with my WhatsApp number to message me for a faster conversation which he did in a couple of minutes. He acted like calm but I felt how desperate he was behind the curtains only after a few message exchanges. He wouldn't listen to my reality side of the business he was engaging but proceed to "try his luck". The date was May 14th, 2013 I remember very well.

Gold discounts have never been any better than -2% for gold buying exporters.

After 11 days, on Saturday, May 25th, a more desperate call came through my mobile from the "lucky friend" requesting official channels to reach the Ghana Police Service. Why? He has paid $145,000 to his "suppliers" to settle tax after he was "satisfied" with all due diligences he conducted.

He received documents claiming his "shipment" was on its way to him, but, he waited 48 hours at his airport but never received gold from the airline indicated on the document. Further inquiries at the desk proved there was no such consignment on the plane. All other "official" channels used in communication with his suppliers ceased to go through thereafter.

I could only direct him to the police website and nothing else. I became a closer friend of his but he never recovered from the shock of losing his money.

He died on Thursday June 20th, 2013 according to his wife after a massive cardiac arrest.

I have for several times been asked by why I am so aggressive and vocal at gold scammers. I have never told this story because I have always felt the guilt of not forcing Brian, the victim of the crime, to stay away from the scammers but letting him try his luck and striking death instead of gold.

He was not my friend for long, but became a deep friend after his loss and even deeper after his demise.

My sincere condolences still goes out to Kewell, Brian's widow and Keith, their son.

My fight against scam is for God and country as well as my friend, Brian.

Call Communication and Reporting Officer I/C of Start Your Own Gold Mine company in Tanzania, Mrs. Happiness Njela, on +255626100000

I am Mr. Jean Louis, mentor for Start Your Own Gold Mine program and I am currently located near the Bwindi Impenetrable Forest in district of Kisoro in Uganda. I am managing teams of people in Uganda, Kenya, Rwanda and Tanzania on distance and exploration and gold mining face to face. We are also promoting our Tanzanite gemstone inventory.