Whenever a piece of mining property is to change hands, it is the proper procedure to employ an expert engineer to investigate the ground and the improvements and so arrive at some estimate concerning its intrinsic value. Nobody is infallible and it is a trite saying that "nobody can see into a mine farther than the last drill hole." But there is a great difference in the reliabilities of reports made by trained and by untrained men. A self-styled "expert" of the type which is so abundant in every new mining centre and about cities frequented by mining investors will probably not be able to comprehend anything beyond his vision; but the mining geologist and engineer—the man who has devoted the better part of his life to study and experience along these lines—will be able to reach conclusions upon which much reliance may be placed. This fact has come to be recognized by the men who exercise business judgment in their mining investments. 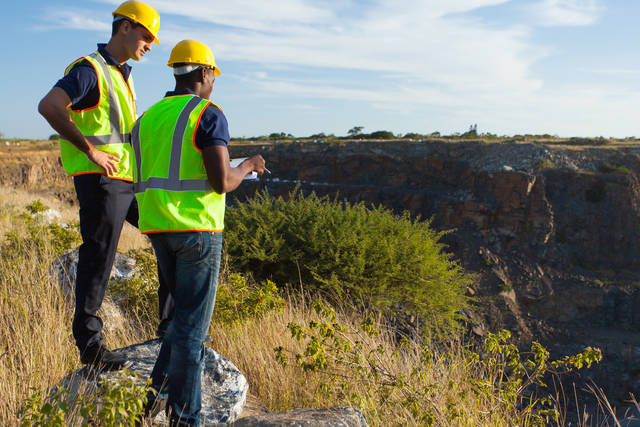 The sampling of mines has been studied and improved upon by succeeding engineers, until one may say that it is conducted along strictly scientific lines. The old method of taking a sample of a mine by scratching ore from the sides of a shaft from top to bottom and letting the collected material at the bottom represent a fair average of the ore body, has been relegated to its proper place in the evolution of mine valuation.

Without entering into a description of the methods now employed by the best examiners of mines, let it be said that every scientific precaution is taken to obtain representative portions of the ore bodies, at such intervals as seem best in each particular case; that measurements and assays are made for each and every sample taken and not for the aggregate of all the samples; that no opportunity is allowed unscrupulous persons to vitiate results in any manner; that a professional engineer will not hold nor acquire, in any way, an interest in any proposition which he examines; and that the report of a reputable engineer is equally acceptable to the seller and to the purchaser, no matter for whom the work is done.

Much discussion has prevailed as to the best means of estimating the amount and the value of ore in unbroken reserves. Associated with these beneficial disputes, there has been a further controversy as to the correct classification for reserves of unbroken ore. It is now conceded among mining men and engineers to be improper to longer make use of the meaningless but tongue-worn expression "ore in sight" as signifying any known or unknown volumes of ore in the ground. The only ore in sight is that which has been hoisted or which has been broken and stored underground. Well-known engineers have proposed the following expressions:

To denote the contents of ore bodies which have been exposed on four sides, we may say ore blocked out, positive ore or ore developed; for bodies exposed upon three sides, it is considered correct to describe the contents as ore partly blocked; for such bodies as are proved upon two sides only, the terms ore faces, ore developing or probable ore are appropriate; while in speaking of all ore that may be expected or suspected, but which is beyond the last exposures, we may use the expressions ore expectant and possible ore.

When it comes to the question of placing a value upon an undeveloped property—one in which there is little, or no, development work or exploitation—it takes more than the ability of the common "expert" of the curbstone variety to arrive at any dependable figures. Without any exposures, except those that may have been produced by Nature, and perhaps with no guidance from facts that might be obtainable were there adjoining mines, one might suppose that the whole matter would resolve itself into mysticism. Right here is where the trained man best shows his ability.

The greatest error of the usual investor in mining schemes is to rely upon either no report at all or upon a worthless one furnished by an impostor. In no sort of a mining proposition is a reliable report so essential as when one is contemplating the purchase of a "prospect." Successful engineers, whose predictions concerning such properties have come true, are sometimes complimented (?) by being accused of possessing intuition or prophetic vision. Call this ability what we will, we must admit that education and training give certain qualifications that will enable a man to arrive at conclusions which, in the majority of cases, will be found to wear.