There is a constant tendency toward the adoption of machinery for the performance of every mining act which, formerly, was done by manual or animal labor. There are good reasons for this tendency. Good, trained labor is scarce; wages are slowly but gradually rising; ores of lower grade must be mined, and the tonnages must be correspondingly greater. The increased economy in production can be brought about by the adoption of devices that will supplant, and even excel, muscular effort.

A machine can now be installed and can be operated by a single man to perform the work formerly done by many men. There have been machines invented to entirely, or partially, perform every operation in and around mines, and one might imagine an ideal mine in which all such machines were installed. But even there, we should have to grant the presence of some few men, for it would not be possible to keep all the machines working without human, intelligent control. In such a mine, it might be possible to maintain a large production with very few laborers or overseers. Fewer men means less wages, less labor trouble, fewer fatalities, and less time occupied in handling men into and out of the workings. 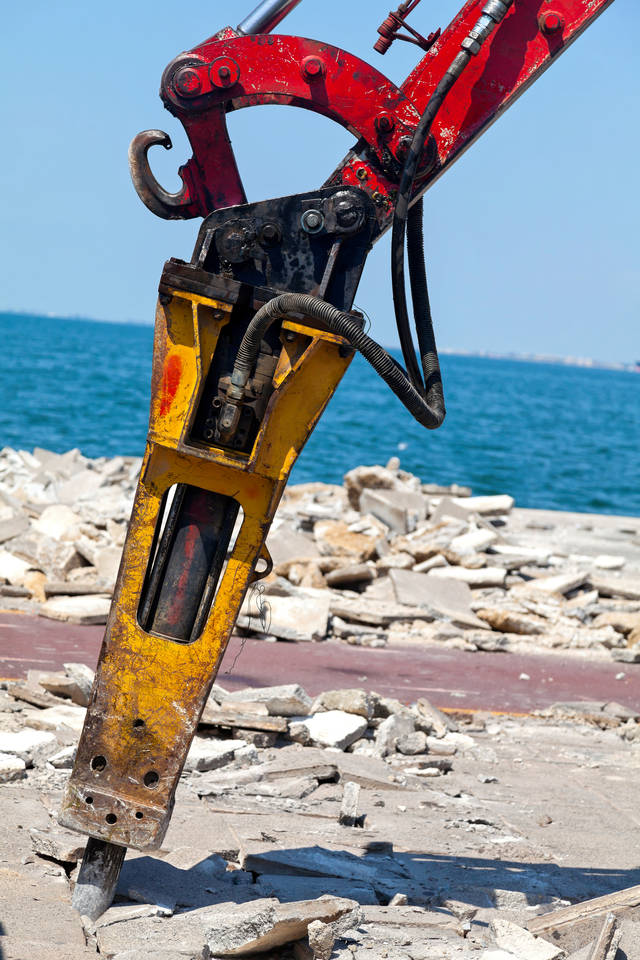 In some ways, copper mines are ahead of gold mines in their equipment. Coal mines have adopted car loaders which as yet and without any very good reasons metal mines have not.

Plants for mines must utilize the same sources of power as are used by any other plants. Steam and water have been the usual forms, but electricity is gaining in favor in places where it can be cheaply obtained. At a coal mine, we naturally expect to see all the power generated through the combustion of coal under boilers. At metal mines—which are frequently remote from sources of coal supply—we run across the use of expensive coal for all power purposes. When it is possible to obtain a sufficient supply and head, water is adopted to furnish the required power for operation. At mines, with water sufficient to produce a part only of the needed power, we may see both steam and water power utilized. In the cases of some mines which are distant from sources of both coal and water supply, power is generated at points where stores of natural energy are available for use and the power is transmitted (usually as electricity, sometimes as compressed air) over long distances to the mines.

Some mines cannot be economically operated without the treatment of the ores upon, or close to, the mining property. With certain sorts of low-grade ore, or with those kinds of ores that may be concentrated before shipment, provision should be early made for the erection of appropriately designed mills. We say the subject should be considered early, but we do not advocate the premature erection of any mill. The hills of the Western mining states are dotted with monuments to men's error in this particular. Here and there (not in our own country alone, but throughout the mining world) one may run across an abandoned mine plant, a complete mill, a smeltery, a railroad or an aerial tramway, all prematurely provided for outputs which failed to materialize.

There are men still trying to succeed in the mining business while thinking it is essential in mining that a complete plant be the first thing given attention. Upon the showing in a ten-foot hole, such men will induce capital to take interests enough to provide the wherewithal for purchasing and installing an equipment capable of handling and treating the output of a big mine. This is a grievous mistake that comes about through misconceptions. It is often true that ores of the kind these mines are expected to produce should be treated upon the ground. But it is also true, and far more essential, that there be enough ore to supply the treatment works. It is rank folly then to spend the money needed to make a mine upon a plant to handle the product. Money should be spent, first, in exploitation and proving the value of a property. If the proof is forthcoming, it is then time enough to erect the plant. Meanwhile, during the development stages of a mine, the proper amount of experimentation can be conducted to ascertain the correct process for treating the ore. If ores are produced in abundance, they may be shipped for treatment in custom works until such time as the company's own plant is ready; or the ores may be stocked up for emergency mill supply at future times when it may be compulsory to curtail the mine production because of accidents or other unforeseen causes.

One who considers these matters from an economic standpoint will recognize that there must exist some proper ratio of mine output to treatment capacity. Just what this relationship is constitutes a serious problem for each particular mine and there cannot be stated any ironclad rules that may be applied to all cases.

In the first place, we believe a mine will be operated at its greatest economy when it is making its largest and most regular output. This being the case, we must agree that the plant and mill must be capable of taking care of this maximum output. It would then seem axiomatic that the equipment must be calculated according to the mine's capabilities. But, in the youth of a mine, how are we to know what its mature capacity will be? Here comes the rub.

Very nice discussions along this line have been indulged in by British and American representative mining men. When speaking of operations that are typical of some foreign mining districts and especially those that possess ore-bodies whose extents are readily calculated, no clever prophecy is required to ascertain the proper amount of equipment. But there are many regions, especially in our own country, where nobody can predict, with any degree of accuracy, how extensive will prove to be the natural reserves of any mine. It is in such places as these that hard study and careful guessing are needed, and we are inclined to agree with George J. Bancroft when he says, "To my mind, there is more credit due to those who take up the hard propositions and make them pay than to those who exploit bonanzas along purely scientific lines. The first usually require energy, sagacity, perseverance and, very often, daring; while the others need chiefly cool calculation."

It is a safe practice, throughout the world, whenever there is no absolute means of reaching figures of a mine's ultimate production, to erect the treatment installations in units. By a "unit" is here meant the outfit of machinery and the other equipment which will handle a specified round number of tons per day. In some districts, a unit will be for the treatment of 10 tons; in other districts this number may run up to 100 tons. In the plans provisions are made for additions, from time to time, as mining development warrants. Very much the same scheme should be followed in the erection of the plant for carrying on the operations, which are strictly those of obtaining the ore from the earth. That is, mining equipment, as well as the milling equipment, should be on a flexible plan so as to be readily adapted to an increased scale of operation. There must be space provided for harmonious additions to the initial plant whenever such extra parts are required.