Miners as a rule are a healthy, hardy lot of men, but nevertheless they are occasionally taken ill, and there is very seldom a doctor near at hand. Moreover, by the very nature of their work they are particularly liable to accidents.

The so-called miner's consumption is caused by want of fresh air. The miner passes most of his life in places where there is a great deficiency of oxygen. Deep down in the mine the air is usually very bad, being full of smoke and damp, and the hut in which he sleeps is too often overcrowded, while the places in which he seeks his amusement, should he live in a mining camp, are usually little better. The remedy for this state of affairs is to get all the fresh air possible, then consumption is not to be feared. 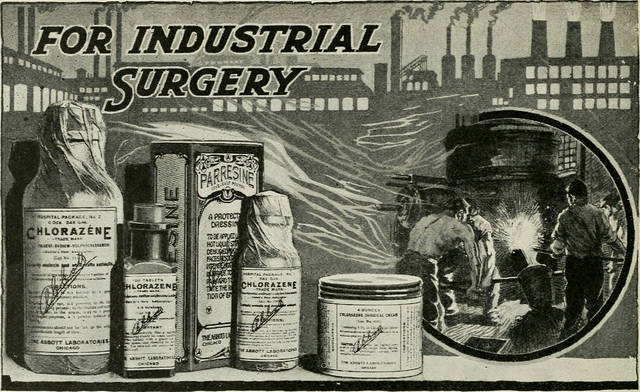 Should poison have been swallowed, an emetic ought to be given as quickly as possible. Mustard, or salt and warm water, are tolerably efficacious, but a dose of 60 grains of ipecac is more effectual. While the emetic is acting, the patient should drink freely of warm water or warm milk.

In case of apparent drowning the body should be stripped down to the waist, rapidly dried, placed on a flat surface with the head and shoulders raised a little, and hot bricks applied to the feet. Breathing should be imitated by raising the arms above the head and turning the body on its side; turn the body back on the face and press the arms down to the side. Do this about sixteen times a minute, and keep it up half an hour if necessary.

In case of a wound which bleeds freely, a distinction must be made between blood issuing from a vein and blood issuing from an artery. In the first instance, it will be nearly black, or at least very dark; in the second, it will be bright red and spurt forth. When from a vein, bleeding must be controlled by pressure below the wound, that is, farther away from the heart, while in the case of an artery, which is always more dangerous, immediate pressure must be made above the wound on the line of the artery between the wound and the heart. A pebble rolled up in a handkerchief and tied around the limb, with the stone directly above the artery, and tightened by twisting a stick in it, is a good rough-and-ready means to stop bleeding. Sometimes a pad should be placed between the handkerchief and the artery.

Anything that excludes the air, such as wheat flour, or olive oil, or boiled linseed, or grated raw potato, is good to spread over a burn. If any considerable surface is burned the patient is in great danger, but small burns are rarely fatal, although they may be very painful. The best application of all is linseed oil and lime water.

Scurvy is a disease that is very much to be dreaded whenever fresh meat and vegetables are scarce. It is now thought to be a condition of acid-poisoning, and the remedy is alkaline salts, such as carbonate of soda or carbonate of potash. Lime juice is also an anti-scorbutic. In cold weather a diet of almost exclusively fresh fat meat will keep off scurvy.

Pneumonia is usually most fatal in crowded camps, where the men do not get a sufficient amount of pure, fresh air.